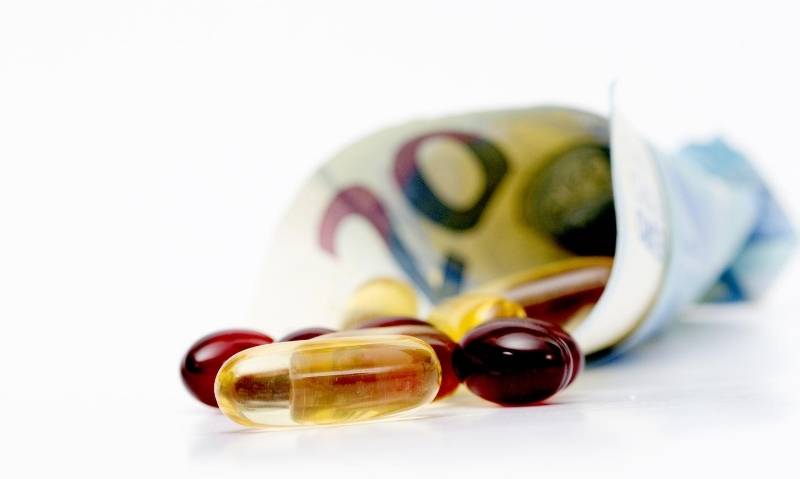 Seems like everyone has heard that some fatty acids that are good for your body.

ALA is mostly found in plant-based sources of fat like flax seeds, chia seeds, or walnuts.

EPA and DHA are mostly found in fish and seafood.

It is suggested to eat one serving of fish and seafood at least twice per week to be sure you are getting enough omega-3s.

They have been suggested to provide anti-inflammatory health benefits and improve blood lipid levels.

More recently krill oil has been studied as a supplemental source of omega-3 fatty acids.

This article will review krill oil.

What it is, how it compares to fish oil, what health benefits it may offer according to research, and who should or shouldn’t take it.

What Is Krill Oil?

Krill oil is derived from krill, which are small shrimp-like crustaceans found in the ocean.

Antarctic krill is the most common source.

They happen to be a staple in the diet of several sea animals including whales and seals.

Is Krill Oil the Same as Fish Oil?

Krill oil and fish oil are both sources of EPA and DHA. Since they originate from different sources, their fat content is different.

Fish oil is derived from fatty fish, such as mackerel, salmon, and anchovies.

It also has choline, which may help reduce homocysteine (1).

Homocysteine is one of several amino acids in the body.

High levels of homocysteine have been correlated with a higher risk of heart disease.

Krill oil also doesn’t have the fishy odor or taste that fish oil does; however, it tends to be more expensive.

Limited research suggests that the EPA and DHA in krill oil has a higher bioavailability (it may be better absorbed in your body) (2).

While there seems to be some difference in the bioavailability of EPA and DHA from fish oil or krill oil, it is unclear why (3).

However, this study has been criticized because the source of fish oil used was not a typical source (5).

Others have suggested there is no evidence that krill oil offers a greater bioavailability compared to fish oil (6, 7).

Krill oil contains astaxanthin, a carotenoid and antioxidant. Astaxanthin can be found in fish or shellfish.

The antioxidant is what gives salmon and shrimp their pink color.

Additionally, krill oil is a source of vitamin E, which can also function as an antioxidant in the body.

A systematic review on krill oil found that it does reduce LDL-cholesterol and triglyceride levels (1).

However, they did not look at the effect of krill oil compared to fish oil.

Additionally, the Krill oil did significantly better than fish oil at reducing triglycerides and LDL-cholesterol levels (8).

However, additional studies have not found krill oil to offer a superior benefit over fish oil (4, 9-11).

Similar to fish oil, krill oil may alleviate some of the pain and stiffness associated with arthritis.

Research has shown that fish oil or other omega-3 supplements can improve blood lipids and reduce cardiac death.

However, it may also increase LDL-cholesterol levels (bad cholesterol) (13).

Yet, the most extensive review of research on the health benefits of omega 3 fats concluded that increased intake of EPA and DHA had little to no effect on heart health.

But some lower-quality studies suggest there may be some benefit to increasing amounts of ALA (14).

Since omega-3 fats are thought to be anti-inflammatory, they may help improve symptoms such as pain and stiffness that is often seen with osteoarthritis (OA) and rheumatoid arthritis (RA) (13).

Is Krill Oil or Fish Oil Better for Lowering Cholesterol?

The impact of krill oil on lipid profiles and other markers of heart disease risk has not been extensively studied.

It is difficult to assess whether krill or fish oil will provide greater heart health benefits.

Without enough research comparing the two oils, it may be a matter of personal preference.

Whether you opt for krill or fish oil, it should not be your primary therapy.

Supplements should be used in addition to a heart-healthy diet, physical activity, and medication if suggested by your doctor.

Which Is Better Krill Oil or Fish Oil?

Several benefits of omega 3 fatty acids, including EPA and DHA, have been reported.

These fatty acids can be obtained by including fatty fish in your diet but if that isn’t possible, supplements are available to be sure you are getting enough.

Based on the small amount available for research, it is difficult to arrive at any conclusions on whether krill or fish oil is better.

The available research differs in many ways.

In the meantime, consider your goals if you are selecting a supplement.

Are you simply trying to be sure you are getting enough of your omega-3s? Or are you taking it to reduce lipid levels or pain associated with arthritis? Is Krill oil cost prohibitive?

Should Anyone Not Take Fish Oil or Krill Oil?

There are some who should not take fish oil or krill oil supplements.

For starters, those with a fish or seafood allergy may also be allergic to fish oil or krill oil, respectively.

Fish or krill oil supplements can slow blood clotting in your body.

Therefore, if you have a bleeding disorder, these supplements may not be recommended for you.

If you are taking a blood-thinning medication (warfarin, heparin, enoxaparin), it may be suggested to avoid fish and krill oil as they may further slow blood clotting.

You should always discuss your medications and supplements with your primary care provider for guidance.

Since these supplements slow blood clotting, it is also suggested to not take them for 2 weeks prior to any planned surgery.

Additionally, some may find that a fish or krill oil supplement leads to GI symptoms or heartburn.

There is evidence that consuming fish and other types of seafood provide omega-3 fatty acids and promotes health benefits, including heart health.

In addition to getting your omega 3 fats, fish provides other important nutrients like vitamin D.

It is suggested to consume 8 ounces of fish or seafood weekly or one 4-ounce serving twice weekly (15).

If fish consumption is not feasible, plant sources of fats such as chia seeds, hemp seeds, and flax seeds are a source of omega 3s.

While eating seafood is your best bet for health, fish or krill oil dietary supplements are available if you are not getting enough omega 3 oils through diet alone.

Krill oils appear to have similar effects on fish oils when it comes to providing eicosapentaenoic acid (EPA) and docosahexaenoic acid (DHA).

Research is not conclusive on whether one is superior.

For now, the fish oil vs krill oil debate really comes down to a matter of personal preference and what you think is best for your body.

If you decide to supplement with omega 3 oils, be sure to seek medical advice from your primary care provider.

Looking for easy healthy meals to start and end your day? Lucky for you, we’ve got…

Flaky salmon cooked in a rich red curry sauce is a wonderful dish, packed with flavor…

Not sure how to tell if eggs are good or bad? Nothing can ruin your day…

Cardiovascular disease is the number one leading cause of death in the US.  High cholesterol levels,… 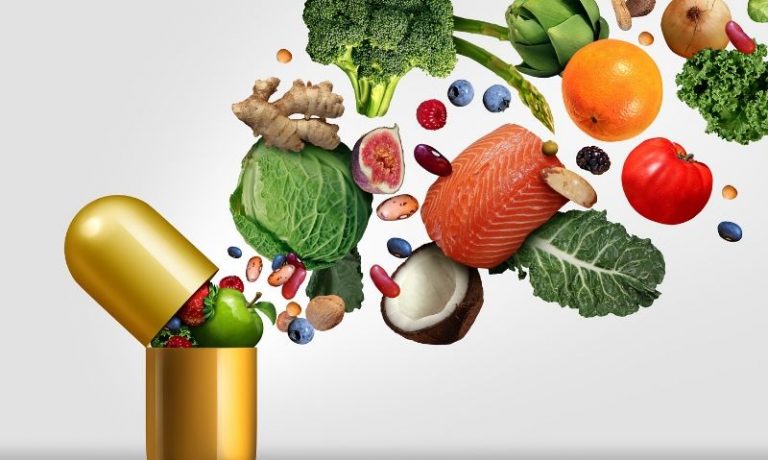 Antioxidants are a buzzing term often used in discussions of the most healthy foods. It’s believed…