Health
2 weeks ago
by Allison Herries
23 0

Many people are searching for a quick fix, whether it is in health, beauty, or relationships. It is only natural to want to see the effects of your hard work in less time. For this reason, many turn to fad diets for rapid weight loss and other health benefits.

What Is a Fad Diet?

A fad diet is any popular, dietary approach to health problems or weight loss that promises fast results. In general, fad diet programs usually have many food rules and guidelines to follow in order to achieve success.

Examples of some recent fads include the raw food diet, the blood type diet, the military diet, the south beach diet, the Zone diet, the cabbage soup diet, and the macrobiotic diet.

The problem is that most fad diets have little or no scientific evidence to support their claims. Additionally, many fad diets are nutritionally unbalanced and may not be sustainable for long-term success.

However, there are some “fad” diets backed by science.

Intermittent fasting is a group of diets that alternate between periods of fasting and eating. Popular versions of this diet include the 5:2 fast, where you restrict calorie intake to 500-600 calories for two days per week, and the 16:8 fast, where you fast for 16 hours per day and limit your eating to 8 hours.

This group of diets is often designated as “fads” because they require you to fast or heavily restrict your eating for a time.

However, proponents of intermittent fasting claim that these weight loss diets can help you lose weight without the hassle of calorie counting. Many individuals who practice intermittent fasting find that it simplifies their eating habits and allows them to spend less time worrying about portion sizes.

The paleo diet is based on the premise of mimicking the eating patterns of our hunter-gatherer ancestors. At its core, paleo emphasizes whole foods consisting mainly of fruits, vegetables, and meats.

Paleo has often been classified as a fad diet due to its restrictive nature. Proponents of the paleo way advocate eliminating certain foods, including dairy, wheat, legumes, and grains because these food groups are considered new additions to the human diet. Critics of this plan point out that permanently removing food groups from the menu can be challenging to sustain. Additionally, it is impossible to know the specific diets of ancient humans and there was undoubtedly variation in their food choices and eating habits.

However, as far as fad diets go, paleo is balanced. It can also encourage healthy eating by eliminating processed foods and encouraging followers to consume plenty of fruit and veggies.

There is some research to suggest that the paleo diet may help you lose weight and improve certain health conditions.

One study that included 10 postmenopausal women found that following the paleo diet for five weeks resulted in an average weight loss of 10 pounds among the participants. Additionally, the participants also had decreased blood pressure, cholesterol, and fasting blood sugar levels (4).

Similarly, a study consisting of 70 women found that the participants on the paleo diet lost more weight and abdominal fat after six months compared to those on a standard diet (5).

At face value, the ketogenic diet, or keto for short, certainly looks like a typical fad diet. It involves maintaining a very low-carb, high-fat eating plan, which allows the body to enter a state of ketosis.

The standard ketogenic diet typically limits carbohydrate intake to between 25-50 grams per day. To put that into perspective, a serving of bananas contains approximately 27 grams of carbohydrates.

The keto diet works by depleting blood glucose and lowering insulin levels in the body. Glucose, which is produced as the result of carbohydrate metabolism, is the preferred source of fuel for body tissues and the brain. By removing carbs from the equation, the body is forced to breakdown fat into ketones, which are then used as its primary source of energy.

By switching your metabolism into ketosis, your body becomes incredibly efficient at burning fat, ultimately resulting in weight loss and body fat reductions.

Research has shown that a ketogenic diet is an effective approach for losing weight. Additionally, it may help lower your risk of certain diseases, including diabetes and Alzheimer’s disease (6-8). One large meta-analysis of 13 studies found that keto diet plans resulted in greater weight loss among participants compared to low-fat diets (9).

Technically, the Mediterranean diet is not a fad diet. It is better described as an eating pattern that was common among people living in Mediterranean countries during the 1960s and earlier. It’s currently one of the most popular, healthy diets and has been extensively studied by science.

Numerous studies have shown that the food combinations in the Mediterranean diet are protective against heart disease, heart attacks, strokes, and type 2 diabetes. This eating pattern may also help prevent premature death.

A large, five-year study, known as the PREDIMED study, examined the effect of the Mediterranean diet on heart health among 7,500 participants in Spain. After years of following a Mediterranean eating plan, participants were 30% less likely to have heart attacks and strokes or to die from a heart-related disease (12).

According to the American Heart Association, an estimated 103 million Americans have high blood pressure (13). The DASH diet, also known as Dietary Approaches to Stop Hypertension, was created to help improve health by reducing blood pressure. It emphasizes foods that are lower in sodium and rich in the minerals potassium, calcium, and magnesium.

The DASH approach focuses on eating plenty of fruits, veggies, lean protein, and whole grains, along with moderate amounts of fat-free or low-fat milk and dairy products. Red meats, sweets, added sugars, and sugar-sweetened beverages and drinks, such as soda, are limited as part of this plan. Processed foods, including ice cream, cookies, and many snack foods, are also restricted in this approach, as they are often a source of sodium and sugar.

Research has indicated that eating a diet rich in vitamins and lower in sodium can help reduce blood pressure. A large systematic review and meta-analysis consisting of 2,561 adults found that the DASH diet significantly lowered blood pressure levels, with the most considerable reductions occurring in patients with a diagnosis of high blood pressure (14).

Additionally, since the DASH diet emphasizes whole foods, it has been shown to aid weight management and may help lower risk factors of certain health conditions, including heart disease, type 2 diabetes, and cancer.

The Atkins diet plan is a low-carb eating pattern that is popular among dieters for losing weight. It was created by the physician Dr. Robert Atkins in the early 1970s and is based on the notion that it can produce rapid weight loss while minimizing appetite and hunger.

Atkins consists of four phases. The first phase restricts carbohydrates to 20 grams per day while allowing unlimited portions of proteins and fats. Similar to the keto diet, your body begins to burn fat to form ketones during this phase. In the following phases, you slowly start to add carbs back to your diet in 5-gram increments until you determine your carb tolerance level. This is defined as the amount of carbohydrate foods that your body can handle without weight gain.

Research articles in this area have shown that the Atkins diet may help you lose weight. One well-known study, known as the A TO Z study, looked at the outcomes of the Atkins, Ornish, LEARN, and zone diet on weight loss in 311 overweight women. Participants in the Atkins group lost more weight after one year compared to those on the other dietary plans (15).

Additional research has found that the Atkins diet can be at least as effective, if not more effective, at producing weight change when compared to other diets (16).

The Dukan diet is a high protein, low carbohydrate plan that is split into two weight loss phases and two maintenance phases. The duration of each stage depends on how much weight you want to lose.

Food choices during the weight loss phases consist almost exclusively of lean protein and mandatory oat bran, which acts as fiber supplements. This is followed by the maintenance periods where you add some carbs, fats, and nonstarchy vegetables to your meals.

The thinking behind a high protein weight loss plan is that it may help boost metabolism and increase fullness. However, there is currently a lack of quality research to support the Dukan diet.

One study that assessed the effect of the Dukan diet on 51 Polish women found that participants lost an average of 33 pounds while consuming about 1,000 calories and 100 g of protein per day (17).

Although there is little research about the Dukan diet, a number of studies have found that high protein, low carbohydrate diets may be effective for weight loss (18-20). However, unlike most high protein diets, the Dukan approach restricts both carb and fat, which is not backed by science and ultimately results in eliminating many health foods from your meal plan.

The bottom line is that this diet may help you lose weight quickly; however, it likely has too many restrictions for long-term success, and not all of the advice or recommendations are supported by science.

Fad dieting will always be popular, as consumers continue to desire eating plans and foods that promise quick changes with less effort.

While some fads are rooted in science, many types of fad diets are unbalanced and difficult to sustain for an extended period.

In general, it is a good idea to be wary of diets or diet products that recommend eliminating many foods and food groups or that promote extreme deprivation. These diets are often not sustainable and lack variety and balance.

For example, cleanse or juice diets, which often claim to remove toxins, treat fatigue, or help you lose weight quickly, have little science to support their effectiveness. They often lack nutrients and are not a good solution for long term weight loss or health. Examples include the lemonade diet, grapefruit diet, apple cider vinegar diet, water diet, and cabbage soup diet.

Ultimately, the truth is that there is no “best diet” and different kinds of diets work for different people. The key to choosing the diet that is right for you is to consider your personal food preferences, weight loss goal, needs, and lifestyle. 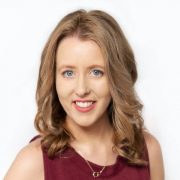 Allison Herries, MS, RDN, CDN, is a registered dietitian and freelance nutrition writer with more than five years of experience in the nutrition and dietetics field. Her specialties include diet and aging, nutrition for older adults, intuitive eating, nondiet approaches to health, and nutrition research. Allison loves food and nutrition and she loves sharing her nutrition knowledge with the world.

30 Super Healthy Foods You Should Be Eating More Of

What Is the Autoimmune Protocol (AIP) Diet: Does It Work?