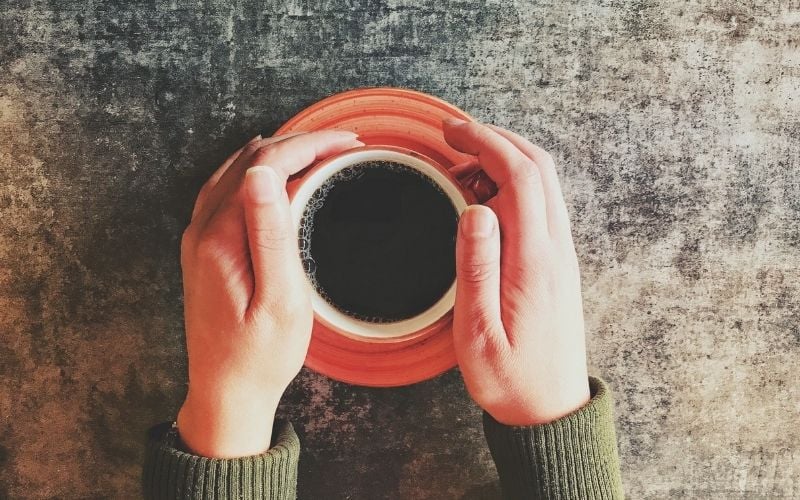 Are you confused about coffee and whether or not you should drink it?

Coffee is made from coffee beans. The beans are actually berries that once picked, are processed and dried.

The dried seeds are then roasted and ultimately ground to make your next cup.

Approximately 80% of American adults drink coffee, myself included. We drink coffee for many reasons.

It may be how you get your day started, how you stay awake to cram for tomorrow’s test, or what you drink on a first blind coffee date.

For me, it’s how my day gets going – I’m of the “no coffee, no workee” mentality.

Whatever the reason, it is the most commonly consumed beverage throughout the world.

Yet, many never really think about the potential health benefits of drinking coffee. As it turns out, there are quite a few.

Several studies have actually looked at coffee drinking and its potential health benefits. This article will review the benefits of drinking coffee.

One cup of brewed coffee provides:

Coffee is also a source of antioxidants and phenolic compounds. In fact, it is one largest sources of in our diet with a high antioxidant capacity (1).

Studies have linked drinking cups of coffee with several health benefits or a less likely chance of developing some chronic diseases.

Coffee drinkers can rejoice in the following health benefits.

A typical cup of coffee contains about 80-100 mg caffeine, which is a stimulant and can improve energy levels.

Caffeine consumed in amounts of 40-100 mg can improve alertness, attention, and reaction time (2).

Obesity is a problem affecting 42% of U.S. adults.

To treat obesity, an energy deficit is needed either through reduced energy intake or increased energy expenditure.

One study found that 100 mg of caffeine increased energy expenditure by 80-150 calories (6).

It’s no surprise that commercially available “fat burning” supplements contain caffeine as one of the main ingredients to improve metabolism.

But you can get 100-mg caffeine from a standard 8-ounce cup of coffee.

Drinking coffee may reduce your risk of developing type 2 diabetes.

One study has shown an inverse relationship between coffee consumption and the risk of developing type 2 diabetes (5).

It should be noted the lower risk was seen with 6 cups of coffee per day.

Interestingly, the benefit was also seen with decaf coffee.

Researchers proposed that chlorogenic acid, a phenolic compound in coffee, may be the reason. It has been shown in animal studies to reduce glucose concentrations (6).

Drinking coffee may be good for your liver. Or at least it may prevent the development of liver disease or liver cancer.

One meta-analysis has shown that increasing your coffee consumption by 2 cups of coffee per day, reduced the risk of developing cirrhosis by 50% (7).

Cirrhosis is a chronic disease of the liver involving cell degeneration and inflammation. It is typically caused by alcoholism or hepatitis.

This same amount of coffee consumption has also been associated with a one-third reduction in the risk of developing hepatocellular carcinoma (8).

These increases would be an undesirable outcome when trying to lower the risk of heart disease.

This change in blood lipids did not occur with filtered coffee.

Additionally, decaffeinated coffee seemed to have no effect on blood lipids (9).

Coffee drinkers do not appear to have blood pressure changes or a higher risk for hypertension (10).

Yet, research has still shown that moderate coffee consumption was associated with a lower risk of incident of cardiovascular disease, heart disease, and stroke (11).

Another study found a reduced risk of mortality from cardiovascular disease, heart disease, and stroke.

Compared to people that didn’t drink coffee, the risk reduction for mortality from cardiovascular disease, heart disease, and stroke was 19%, 16%, and 30%, respectively (12).

6. May reduce the risk of some types of cancer

An estimated 1.8 million new cases of cancer will be diagnosed this year. Cancer is also one of the leading causes of death in the U.S.

Drinking coffee may provide some benefit and reduce the risk of some types of cancers (6).

Studies have found that higher amounts of coffee consumption have been associated with a lower risk of prostate, endometrial, oral, skin, and liver cancer, as well as, melanoma and leukemia (6).

There have not been any associations between coffee drinkers and colorectal, gastric, colon, rectal, ovarian, thyroid, breast, pancreatic, esophageal, and laryngeal cancers (6).

Alzheimer’s disease is a progressive disorder affecting brain function. It slowly destroys memory and thinking skills. This is the most common cause of dementia as people age.

A meta-analysis has shown that higher coffee intake is associated with a lower risk of Alzheimer’s disease (15).

Parkinson’s disease is a neurodegenerative disorder that affects the brain’s nerve cells that are responsible for body movement.

One study found that tea and coffee drinkers had a reduced risk of Parkinson’s disease. The risk reduction was most pronounced at 3 cups coffee/day (16).

Caffeine has been shown to have beneficial effects on physical performance in research studies. Coffee is a common source of caffeine.

Research has shown improvement in performance metrics for muscle strength and endurance and high-intensity sprints after 200-mg caffeine was given (2).

Caffeine has been used by athletes as an ergogenic aid. It can be effective in moderate doses for endurance events. This is especially true for athletes that compete in events where a small increase in performance can result in a different placement. This is in events where placements are decided by margins that are less than a second (17).

Caffeine used as a performance booster may be from coffee, tablets, or performance-enhancing gels.

Similarly, a strong inverse relationship has been shown between coffee drinkers and the risk of suicide (19).

Neither study showed a causal relationship between coffee and depression or suicide. Further research is needed to determine if coffee could play a role in preventing depression.

Most can tolerate moderate coffee consumption without adverse effects on the body.

Some potential side effects of drinking coffee include insomnia, anxiety, increased heart rate or blood pressure, nausea, and headache.

An additional concern is that caffeine may reduce calcium absorption and negatively affect bone health.

Drinking a lot of coffee could worsen insomnia.

Caffeine is a stimulant and it may negatively affect effect your ability to sleep well.

However, this may depend on the time of day that the coffee is consumed.

The effect of caffeine from a cup of coffee in the morning will ware off in 4-5 hours and is less likely to keep you awake at night.

If coffee is taking a toll on your sleep, it is recommended to avoid caffeine, from any source, for 6-8 hours before going to bed.

A lot of caffeine from coffee could result in “coffee jitters” or a rise in heart rate and/or blood pressure.

Coffee does not cause this side effect to become a chronic condition.

This is thought to negatively affect bone health leading to osteoporosis and an increased risk of fractures.

However, the change in calcium absorption is very small and simply adding milk to your coffee can make this side effect negligible as milk is a good source of calcium.

How Much Caffeine In a Cup Of Coffee?

Some specialty coffees from coffee shops or restaurants may have higher amounts.

If you need to know the content, you can simply ask or check for their nutrition facts.

Is Coffee Ok To Drink Everyday?

For most people, there is no harm in drinking coffee in moderation every day.

Up to 400 mg caffeine is generally safe and this equates to 3-5 cups of coffee a day depending on the type of coffee and the portion size.

Who Should Not Drink Coffee?

Generally speaking, children and teenagers should avoid caffeine as their brain is still developing. Pregnant women may be able to have some coffee but should avoid excessive amounts of caffeine.

Additionally, caffeine can be passed through breastmilk so lactating women should avoid excessive amounts.

Anyone else that has trouble tolerating coffee may also want to avoid it. For example, coffee may aggravate reflux symptoms for some.

Coffee is a common beverage enjoyed by many people around the world. Many use coffee as a way to start their morning – you know the sayings “no coffee, no workee” or “but first, coffee!”.

There is good news in that coffee is good for you and does appear to offer multiple health benefits.

People can now drink coffee that is good for you and possibly lower the risk of chronic diseases.

Additionally, up to three to five cups of coffee daily appear to be safe. You can now enjoy your daily cup of roast coffee!

Have you noticed as we age, we tend to think more about our health compared to…

What is better than takeout? Your own homemade version of a takeout meal made for pennies….

Most of us choose to start our morning out with a piping hot cup of coffee….

16 of the best high-fiber foods for a healthy gut! You may have noticed more foods…

Have you heard of the 5-day apple diet? It is a very low-calorie diet plan that…