Health
2 months ago
by Djohny Alexandre
10 0

There’s a lot of hype these days about fad diets and all the miracle changes they can bring into your life. But are they all that they claim to be? And, how do you decide which is right for you?

Research is your answer. And knowing just what kind of improvements you want to make in your life. Are you someone who struggles with fatigue, mental burnout, distraction, and insomnia? Then the Keto Diet is the one for you!

Keto Diets are known for their productivity boosts. That can show up in any form—energy, rest, focus—and there are tons of testimonials to back up those claims. Ask a handful of health coaches or personal trainers and I bet most currently follow a low-carb lifestyle.

Before we get into all the health benefits, let’s first review what we mean by ‘ketogenic diet.’

It’s no secret that our society is bombarded by sugar! Both as simple sugars in sodas and sweets, and the more complex ones found in carbohydrates. All forms are converted into glucose. (Yes, even those fancy “whole grain” ones that sound sooooo healthy.)

When your body encounters glucose, it makes insulin. The insulin is the “key” that lets glucose into your cells, which then use it for energy. The problem is, that any excess sugar not immediately needed by your cells is stored as fat (1).

So…what happens if you eliminate, or severely restrict those sugars? Well, your body has a backup system for energy production. And that is fat.

Those that follow a ketogenic diet aim to get no more than 5% of their daily caloric intake from carbs. 75% is meant to come from healthy fat, and the remainder from protein–roughly 20%. Those ratios matter and not all sources of fat and protein are equal.

And that can be where some people go wrong, and either quit or don’t see the results they’re after. A qualified coach can help to steer you in the right direction, which is why you don’t want to simply “wing it.”

When you first embark on a keto diet, the last of your carb stores (called glycogen) is used up. At that point, your body begins to seek fat as it’s an energy source. With the liver stepping into breaking far down into something usable…called ketones.

After several days of this transition, voila! You are officially in what’s called “ketosis!” And that is where the magic happens.

Ketone molecules are vastly different than glucose ones. So, you feel vastly different when your body burns them! Now, let’s review the top 5 ways you will experience this difference, below.

5 Ways a Low-Carb Ketogenic Diet Will Improve Your Life

You might have signed up for this diet for any number of reasons. Maybe you “just” want to lose weight, or sharpen your mental faculties. You’re in the right place, then. This is a powerful diet! It has even been shown to help with diabetes, cancer, and even neurological conditions.

Now, let’s get on to the benefits!

You can’t scroll any social media feed without bumping into a “more coffee, please” meme. As a society, we are EXHAUSTED! And that is why “needing more energy” tops our list of complaints.

Have you ever experienced the post-lunch lull? You know, the one that lasts until bedtime? All joking aside, that condition is common in a carb-loaded diet.

In ketosis, you will feel like you’ve had a dose of rocket fuel when you eat! You’ll soon be dropping naps, and falling asleep faster at night. Evening activities—like the gym—will actually be something you look forward to!

This is one of the coolest effects of the keto diet, by far. And a testament to the difference that burning ketones over carbs can bring on. People often say that it feels like the fog over their brain has lifted!

This shift happens as the toxins from certain grains are flushed from your system. Toxins like glutamate, from the gluten found in wheat, which are known to damage brain cells.

Your brain also has a preference for the byproducts of ketosis. Beta-hydroxybutyrate (beta-HBA) is one such compound that brains LOVE (2).

One reason for this is that if your body feels in need of more energy, it doesn’t have to look far. Any fat reserve you already have stored is there for the taking! Hence, the steady amounts of energy you’ll experience.

Without mental crashes, you’ll avoid boredom. And boredom is often a reason people overeat. I’m as guilty as the next, believe me. Especially when you are dieting and thinking about food All. The. Time.

Well, in ketosis, your mind is feeling spunky. And when your mind and body are both in sync with heightened energy levels, your flow is that much better (3).

Ok, so many people are lured into the keto ways in order to lose weight. And that’s definitely a valid reason and one that this diet certainly delivers on!

Believe it or not, it’s possible to lose weight too quickly on the keto diet. This is why it’s important to keep your nutrition goals on point and maintain your water intake. But, otherwise, enjoy watching those numbers go down, down, down!

As I mentioned above, one of the hardest parts about dieting is the cravings. You know, the ones for EXACTLY the foods you are trying to avoid or limit? Suddenly everyone’s eating pizza and you’re on your 6th rice cake.

Will power alone will not sustain a diet change. I’m sure you already know this. Even if you are “good” the entire day, an hour with your favorite (pint of) ice cream can totally throw your efforts away. There’s only so long you can hold out when every part of yourself is wanting that ONE taste of something. (That then becomes two, three, 100, tastes. Whoops.)

So, there you have it. And while I’ve used the word “diet” here, I firmly believe keto is a way of life. It does take some getting used to, and for some, the transition away from addictive sugars can be tough. But, when you know you have SO MANY benefits waiting for you on the other side, I think you’ll find the power to get there.

People that stick with following a keto lifestyle will be the first to tell you. And, that’s that you yourself will be so changed you won’t even be able to fathom going back.

I encourage you to take some time, and ask yourself…if I change nothing, what will change? You’re reading these words for a reason—and that reason is the first step to becoming a better version of YOU. 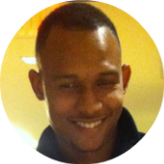