Hummus is one of the most delicious and widely consumed Middle Eastern foods in the U.S today.

In 2008, it was reported that over 15 million Americans were eating hummus on a frequent basis.

This article will explore what hummus is and its health benefits.

Hummus or houmous is a Middle Eastern cuisine.

More specifically, it’s a Levantine and Egyptian food dip made primarily from mashed chickpeas, tahini, and a few other ingredients such as olive oil, garlic, and lemon juice.

Hummus makes a great healthy alternative to spread like mayonnaise since it offers a lot more nutrients.

Hummus is also a good source of many vitamins and minerals including vitamin B-6, folate, and thiamine.

At least that’s what authentic hummus is in the Middle East.

But hummus we know and buy at the store in the U.S. is quite a different story.

Before getting into that, here are just a few stats to show just how much hummus North Americans eat today.

Nearly 15 million Americans were already consuming hummus in 2008. Not only that, hummus loving population has been on the rapid rise.

According to San Francisco Mercury News, hummus consumption saw a 26% increase in sales from 2007 to 2013, spending nearly 250 million a year on chickpea spread in 2013.

Other sources claim the total spending to be closer to 350 million.

Hummus is quickly becoming a dip staple in the American diet.

In fact, it’s been called one of the two most popular dips in the United States next to guacamole by the University of Illinois.

Needless to say, North Americans are embracing hummus as their own.

Considering multiple health benefits of hummus, it’s no surprise why we love it.

Traditional, authentic hummus we think we are eating is nutritious and full of good-for-you nutrients that can benefit your heart health and weight.

With those many health benefits, hummus is healthy and good for your health.

1 serving of hummus with the basic ingredients (chickpeas, tahini, lemon juice, and garlic) has the following nutritional values.

In 1 serving, you get 3 grams of protein and 7% of the recommended daily value of dietary fiber.

This combination of fiber, protein and healthy fat will help keep you full for longer.

The primary ingredient of hummus is chickpeas also known as garbanzo beans.

It belongs to the legume family, thus contains a high amount of plant-based protein. In each tablespoon of chickpeas contains about 2.6 grams of protein.

Eating a high protein diet has been shown to have many benefits, including increased satiety, appetite suppression, and weight loss management.

It has also been shown to help stabilize blood sugar levels.

Inadequate consumption of protein is most seen in children, vegetarians, and vegans.

Hummus is a great way to take in additional protein especially for those who don’t consume animal or fish protein.

It’s a way to supplement their protein consumption while adhering to their dietary preference.

Fiber is well-known for its benefits in helping to foster a healthy digestive system. It also helps with appetite control and blood sugar management.

This is why all dietary disciplines recommend eating more fiber.

Chickpeas have a plenty of dietary fiber.

The recommended daily value of dietary fiber is between 25-38 grams depending on your gender.

Again getting the adequate amount of fiber in your diet can help you maintain a healthy digestive system, body weight, and decrease your risk of obesity, heart disease, and type 2 diabetes.

Even just eating 7 grams of fiber daily can reduce the risk by 7%.

It can also help you to lose weight, relieve Irritable Bowel Syndrome (IBS), and reduce your risk of hemorrhoids.

Fiber is also a key component in many weight loss diets.

According to a study published in Annals of Internal Medicine, eating more fiber (30 grams a day) alone is a legitimate way to lose weight and lower your blood pressure.

Generally, fiber helps you lose weight by filling you up and prevent overeating.

The takeaway: Hummus can be an excellent way to supplement your diet with more dietary fiber.

Hummus or chickpeas are not free of fats.

Since polyunsaturated and monounsaturated fats are considered healthy fats, much of the fatty acids in chickpeas are healthy and even beneficial to our health.

According to MayoClinic, polyunsaturated fat may help improve blood cholesterol levels, decrease your risk of heart disease, and reduce the risk of type 2 diabetes.

4. Good for Your Blood Sugar

Hummus is also a low glycemic index food, scoring 6 out of 100 according to Harvard Health Publications.

Glycemic index (GI) measures how a carbohydrate-containing food raises blood sugar levels, and higher the GI score is, more it raises your blood glucose and causes an insulin spike, which we know now as a health threat.

This makes hummus one of the lowest glycemic foods on the list (Kale’s GI score is between 2-4. See Kale Benefits), making it least likely to cause an insulin spike and raise in blood sugar. Compared this to a typical sour cream dip (French onion dip), you can see the difference in hummus’ health benefits.

A typical sour cream dip contains 50 calories per serving, of which 45 calories come from bad fat.

While it may be tasty, but as far as your health and waistline go, there isn’t much-added value except for double-digit pounds you are doomed to pack on.

To sum up, hummus is good for you and your health and weight.

In fact, far better than other sour cream or mayonnaise based dips. You can even enjoy hummus while on a “diet to lose weight”.

5. Rich in Vitamins and Minerals

The ingredients in hummus are rich in many essential vitamins and minerals.

Olive oil is rich in healthy monounsaturated fats, the facts believed to help reduce inflammation.
Some studies have even shown that it may be beneficial on genes linked to cancer.

Olive oil is also packed with antioxidants. Antioxidants are biologically active compounds that can fight and reduce inflammation and help prevent diseases.

Although hummus is packed with many vitamins and minerals, it’s important to eat in moderation.

That’s because hummus is also high in calories.

Hummus can also be fattening.

Case in point: hummus calories are not low.

They are in fact higher than not so healthy sour cream dip mentioned above.

However, a healthy diet is never just about calories.

Food quality is just as important as calories in managing a healthy weight, according to Harvard Health.

Choosing hummus over not so healthy dips is about choosing food quality over caloric values.

To lose weight on hummus, it’s important to control its portion.

Keep in mind that each tablespoon full (about 2-3 dips) of conventional hummus is about 25-40 calories.

If you want to keep your snacks under 100 calories, have 2 tablespoons of hummus with one of the followings.

Not So Healthy Hummus

Not all hummus is created equal.

In fact, much of conventional, store-bought hummus in the U.S. is not as healthy we hope it to be.

The hummus we are buying and consuming is full of saturated fat, canola oil (bad oil), sodium and cholesterol. It’s not a pure hummus like Arabs make it.

For those non-soy eaters, it’s can also be quite shocking to learn most of the conventional hummus actually contains soy. Even for not non-soy eaters, considering 90% of soybeans may be genetically modified, you’d probably want to limit your exposure to it as much as possible.

Another bad news is that your hummus may be full of GMOs (unless you made it yourself or bought organic).

One of the most well-known hummus brands, Sabra is no exception. Sabra is owned by Pepsi who donated $2 millions against GMO labeling.

Needless to say, their hummus not only contains GMOs but is full of soybeans and canola oil.

Other hummus brands such as Otria and Cedar’s also have bad oils and GMOs in their hummus, so be aware.

To be sure that your hummus choice is not blended with things that don’t belong in hummus, watch out for these four chemicals and additives.

Preservatives: Potassium sorbate (PS) and sodium benzoate (SB) are food additives known to be toxic when consumed at high doses.

Sodium: Sodium or salt is frequently used to season food products, and most likely most things you pick up at a grocery store have some level of sodium. However, too much salt can cause your body to retain water and place too much burden on your heart and blood vessels.

It’s important to be mindful of your salt intake and read your labels to avoid too much salt.

American Heart Association recommends daily salt intake to be only up to 1,500 mg.

As a general guideline, look for low-sodium foods with less than 5% Daily Value (DV). A sodium content of 20% DV or more is considered high and should be avoided.

Oils: Authentic, nutritional hummus is made with olive oil and/or tahini. Oils such as soybean oil, canola oil, and/or vegetable oil should not be part of your hummus as they dilute the food quality.

If your label reads hydrogenated soybean oil, be aware. Soybean oil accounts for about 65% of U.S. consumption of edible oils and often used as a preservative to prolong a product’s shelf life.

A great example of an oil that’s hydrogenated is “margarine”. Its raw counterpart, butter has a much shorter shelf life than margarine.

GMOs: GMOs stands for genetically modified organisms. As the name suggests, it’s genetically manipulated and engineered in a laboratory.

The simplest way to avoid it is to look for Non-GMOs label.

To look for them yourself, use the list below for easy identification (provided by Non-GMO Project).

How to Make Hummus

The best way to make sure the hummus you’re eating is healthy is to make your own. Making hummus yourself is so easy and it will be far tastier than anything you’ll buy at the store. All you need is few ingredients– chickpeas, tahini, lemon juice and olive oil.

So skip the store-bought ones, and make your own. You can find many delicious hummus recipes online you can make.

Below I’ll share a basic hummus recipe you can make at home with few ingredients.

According to Hillary, anything from roasted vegetables, a jar of pesto, or a spice blend can be used as an added flavor to hummus.

If adding roasted vegetables, slice them and season with olive oil, salt, and pepper.

Once they are cool, chop them for easy mixing later on.

2. Add all the Ingredients to Your Food Processor

Combine all ingredients including 2 cups of chickpeas (or 1 cup of chickpeas and 1 cup of roasted vegetables from step 1), around 1/4 cup of olive oil, a few drops of tahini, the juice of a lemon, a chopped garlic clove, a large pinch of salt, and the added flavor such as paprika or cumin (optional).

Blend it all together until your hummus is silky smooth with no visible chunks. It’s about 1-4 minutes depending on your food processor.

Taste it and adjust the taste and consistency of salt, lemon juice, and olive oil.

Hummus makes a great alternative as a dip or spread. Spread it on sandwiches or eat it with carrot sticks for a healthy, fulfilling snack.

There you have it! You have just learned what hummus is, and what to look for when buying hummus.

Where do you normally buy your hummus? Leave us a comment below to let us know! 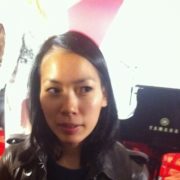 30 Day Arm Challenge to Sculpt Your Best Arms Ever

Healthiest Foods: 6 High-Fat Foods That Are Super Good for You